His Holiness, Sathguru Sri Rajalinga Swamigal, – Our Guruji, has been on the Divine path of Self-Realization, since 1980. Avathar SeshaBrahmam, having chosen Him, to serve our needs, has been a vital life-force, in our lives.

The following is a narrative of His Holiness’s Path to God:

Continuing thus, in June, 1986, blessed and ordained by Sri Santhananda Saraswathya Avadhootha Swamigal (from the Dattatreya Parampara), of ‘Skandashramam’, The Swami was blessed with the words:

He was initiated into ‘Ambal Upasanai’, by the Divine Mother Sri Matha Bhuvaneswari Ambal.

After deep meditation and penance, He was soon taken under the wing of Sri Swayam Prakasa Saraswathya Avadhootha Swamigal, Dattha Giri. Blessed by the words:

“I will grant you the divine vision. You should learn to guide all of your actions by the inner will of your conscience attuned to the will of God, and not by your emotional feelings and instincts.”

Turning His will with the Master’s, Swamigal continued to visit the shrine till about the year 2003.

The 19th. of August, 1987, on a Saturday, was a Golden day in Swamigal’s spiritual path – He met His Guru, Sri Guru Mahadev, a Self-Realized, Great, Spiritual Guru – a Sri Vidhya Upasaka as well as a Hanuman Upasaka.

*** Guru Mahadev was the Medium of Hanuman and

Guru Mahadev ordained Him, to build a new temple for Sri Vidhya Hanuman just opposite to the Ganapathi temple. As per his guidance, Swamigal built it over a period of six months, from August 1990 to February 1991. The Pradishta of Sri Vidhya Hanuman was celebrated on the 4th of February 1991 (on the day of the Hastham star). Annadhana was performed. Around 1500 people were fed.

Under the Holy guidance of Sri Guru Mahadev, Swamigal started on a long pilgrimage to several temples across Southern India.

Swamigal received His training from Sri Guru Mahadev on various meditation postures, and specially in ‘Siddhasana’, (a special asana, that would aid one in freeing himself from the worldly affairs).

Later on, he trained me as a medium of Sri Raja Rajeshwari (Sodasakshari Mantra).

Sri Guru Mahadev advised Him to do the Sahasrara meditation.

He blessed our Swamigal to do the Para-Brahma Upasana (the ultimate in Upasanas.)

From 1989 to 1993, on several occasions, our Swamigal was also blessed by the Holy Sri Sadasiva Brahmendral, with spiritual knowledge.

In the year 1989, in the month of November, Swamigal was taken to the Jeeva Samadhi of Avathar Sri Sadasiva Brahmendral, and with His blessings, was imparted the Nayana Diksha, by Sri Guru Mahadev.

Swamigal had attained Guruhood, and He was in a position to initiate another soul on to the spiritual path!

“Your destination is not my Samadhi Shrine, but remember your Guru Mahadev’s words. Proceed to Thiruvannamalai, where you have to meet two gurus. One is Sri Seshadri Swamigal (Jeeva Samadhi), and another you will know on reaching Thiruvannamalai.”

“Kaladeva (Yama) calls me! There is one more assignment for you! Your final abode is Thiruvannamalai (190 kms from Chennai). You have to go to Thiruvannamalai.”

Sri Seshadri Swamigal is an Avathar.

The Greatest Spiritual Master, and Mahan of Mahans!

He is nothing but Lord Arunachala!

Oh! The Lord of Universe in Human form!

He sees HIMSELF in each and every creature and all objects as HIS own.”

HE is Kali Yuga Kannan!

HE is the final Guru in Sukshma sareera to you”.

“Finally you will have to become a Raja Rishi”.

On the night of July 29, 1993 Swamigal reached Thiruvannamalai.

On the morning of July 30th 1993, Swamigal had the darshan of Sri Arunachaleshwar (the Annamalaiyar temple). Then He reached Sri Seshadri Swamigal Ashram around 8.30a.m.

When He was in deep meditation sitting in front of Mahan’s Jeeva Samadhi, a voice from the Samadhi questioned Him, ‘why so late?’ Immediately He realized Sri Guru Mahadev’s instructions in May 1991.

On the same night He had the Darshan of Matha, Annai Brahmarishi Uma Deviar and received HER Grace. I circumambulated the Holy Arunachala, on the same night as per HER command.

Finally, on January 18th, 1994 (at 4.30p.m, in the Tamil month of Thai (January), on the day of Poornima, on the star of Pushya), when Swamigal was meditating in front of the Samadhi of Avathar Seshadri, Mahaan said:

“From now onwards, you are one of my mediums. I want you to serve my devotees and all, (for material benefits, as well as Spiritual gains) and to reach Thiruvannamalai finally.”

This is the Divine Message Sathguru Sri Rajalinga Swamigal received from my Spiritual Master.

Ever since, Sathguru Sri Rajalinga Swamigal has served His disciples and devotees of Avathar Sri SeshaBrahmam, both on the materialistic and spiritual planes.

He has initiated into the spirituality, several hundreds of devotees, who have sought Him from across the world!

All the content of these sites have been the result of several years of penance, by SATHGURU SRI RAJALINGA SWAMIGAL, (the texts were dictated to Him, by the AVATHAR SESHADRI SWAMIGAL HIMSELF), for the welfare of all His Devotees and Disciples!

Glory be to the Lord SeshaBrahmam!

Glory be to the Our Guruji – Sathguru Sri Rajalinga Swamigal! 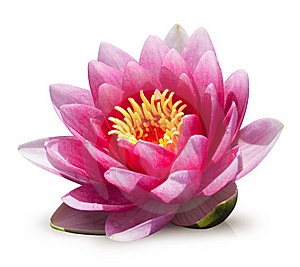